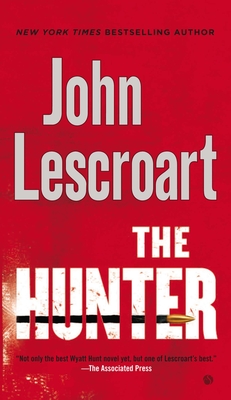 This is book number 3 in the Wyatt Hunt Novel series.

Raised by loving adoptive parents, San Francisco private investigator Wyatt Hunt never had an interest in finding his birth family—until he gets a chilling text message:

“How did your mother die?”

The answer is murder, and Hunt takes on a case he never knew existed, unsolved for decades. His family’s dark past unfurls in dead ends. Child Protection Services, who suspected Hunt was being neglected, is uninformed; his birth father, twice-tried but never convicted of the murder, is in hiding; Evie, his mother’s drug-addicted religious fanatic of a friend, is untraceable. And who is the texter, and how is this person connected to Hunt? Time is running out. Insisting the murderer is out there, the texter refuses to be identified. But as the case escalates, so does the threat—for the killer has a secret that will go to the grave…

John Lescroart is the New York Times bestselling author of twenty previous novels, including A Plague of Secrets, Betrayal, The Suspect, and The Hunt Club. His books have been printed in sixteen languages and published in more than seventy-five countries.

“Not only the best Wyatt Hunt novel yet, but one of Lescroart’s best.”—Associated Press

“If you’re hunting for a great book, your quest ends here.”—Providence Journal

“Suspenseful and surprising, full of twists and turns.”—Booklist

“Grisham and Turow remain the two best-known writers in the genre. There is, however, a third novelist at work today who deserves to be considered alongside Turow and Grisham. His name is John Lescroart.”—Chicago Sun-Times