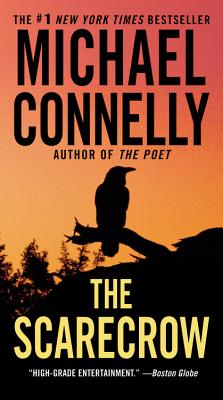 By Michael Connelly, Peter Giles (Read by)
$9.99
Email or call for price

"Michael Connelly...has the nerve and timing of a whole SWAT team."--New York Times

"Michael Connelly...adds the intricate plotting and perfect-pitch dialogue that keeps The Scarecrow scary. Together, they hook the reader early and never let up."--Philadelphia Inquirer

Jack is soon running with his biggest story since The Poetmade his career years ago. He is tracking a killer who operates completely below police radar-and with perfect knowledge of any move against him. Including Jack's.

Michael Connelly is the author of thirty-one novels, including #1 New York Times bestsellers The Late Show and Two Kinds of Truth. Connelly is a former newspaper reporter who has won numerous awards for his journalism and his novels and is the executive producer of Bosch, starring Titus Welliver. He spends his time in California and Florida.

Connelly has the nerve and timing of a whole SWAT team.—New York Times Book Review

Crime fiction at its best.—Miami Herald

Pulse-pounding...Connelly is one of those masters of structure who can keep driving the story forward, paragraph by paragraph, in runaway-locomotive style.—USA Today on The Poet

This guy writes commercial fiction so well, he's going to end up on the "literature" shelves along with Poe if he plays his cards right, and here's one reader who hopes he does.—Los Angeles Times on The Poet