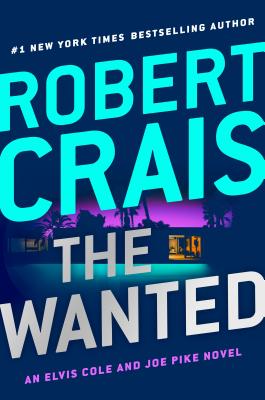 This is book number 17 in the An Elvis Cole and Joe Pike Novel series.

Investigator Elvis Cole and his partner Joe Pike take on the deadliest case of their lives in the new masterpiece of suspense from #1 New York Times-bestselling author Robert Crais.

It seemed like a simple case—before the bodies started piling up...

When single-mother Devon Connor hires Elvis Cole, it’s because her troubled teenage son Tyson is flashing cash and she’s afraid he’s dealing drugs. But the truth is devastatingly different. With two others, he’s been responsible for a string of high-end burglaries, a crime spree that takes a deadly turn when one of them is murdered and Tyson and his girlfriend disappear.

They stole the wrong thing from the wrong man, and, determined to get it back, he has hired two men who are smart and brutal and the best at what they do.

To even the odds, Cole brings in his friend Joe Pike, but even the two of them together may be overmatched. The police don’t want them anywhere near the investigation, the teenagers refuse to be found, and the hired killers are leaving a trail of bodies in their wake. Pretty soon, they’ll find out everything they need to know to track the kids down—and then nothing that Elvis or Joe can do may make any difference. It might even get them killed.

“The Wanted is a firecracker of a book—a great way to jumpstart the new year.”—The Wall Street Journal

“Gripping...The Wanted brings private detective Elvis Cole back in his full glory, so if you’re a fan you’ll rejoice, while new readers can celebrate a welcome literary gift from a master of the craft.”—The Huffington Post

“[A]nother page-turner by one of the most reliable storytellers in modern crime fiction.”—Associated Press

“Crais's trademark humor and thoroughly accurate, genuine depictions of human interactions make this one of his best yet... [He] delivers another highly and deeply satisfying page-turner.”—Library Journal

"Crais, who has a Grandmaster Award from the Mystery Writers of America, always delivers riveting crime fiction while somehow offering something unique in every novel. Here it's the surprisingly interesting, Tarantino-like conversations between Harvey and Stemms as they plan their next deadly steps. More fantastic reading from a perennial A-lister who belongs on every crime fan's TBR list.”—Booklist (starred review)

“Among West Coast mystery writers, none is more reliable than Crais, who is in excellent form here....In his 21st book, Los Angeles ace Crais extends his streak of sharp, enjoyable thrillers.”—Kirkus Reviews

“Crais is one of the best crime writers in the business, and this thrilling novel will not only be wanted by thriller aficionados, but cherished as well. He has another guaranteed bestseller on his hands.”—Suspense Magazine

“[Crais is] an excellent maker of suspense plots and thriller scenes, and gives full value on that score, but his real interest is in character, including mostly people who also seem grim and dark.”—Sullivan County Democrat

“[An] outstanding crime-thriller...the tone is clearly dark, bordering on noir, to spectacular results. The Wanted is a book you definitely want to find under your Christmas tree. A relentless and riveting read that is everything great crime fiction is supposed to be.”—Providence Journal