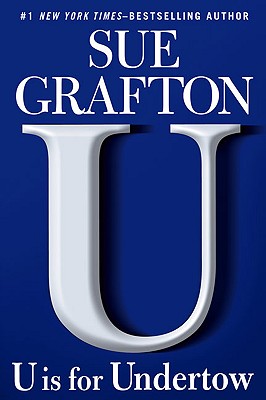 This is book number 21 in the A Kinsey Millhone Novel series.

Sue Grafton takes the mystery genre to new heights with this twisting, complex #1 New York Times bestseller that draws private investigator Kinsey Millhone into a case shrouded in the sins of the past.

Looking solemn, Michael Sutton arrives in Kinsey Millhone's office with a story to tell. When he was six, he says, he wandered into the woods and saw two men digging a hole. They claimed they were pirates, looking for buried treasure. Now, all these years later, the long-forgotten events have come back to him—and he has pieced them together with news reports from the time, becoming convinced that he witnesses the burial of a kidnapped child.

Kinsey has nearly nothing to go on. Sutton doesn't even know where he was that day—and, she soon discovers, he has a history of what might generously be called an active imagination. Despite her doubts, Kinsey sets out to track down the so-called burial site. And what's found there pulls her into a hidden current of deceit stretching back more than twenty years...

Praise for U is for Undertow

“Has this reliable series lost its addictive appeal? Not at all.”—Marilyn Stasio, The New York Times Book Review

“Makes me wish there were more than twenty-six letters at her disposal.”—Maureen Corrian, NPR.org