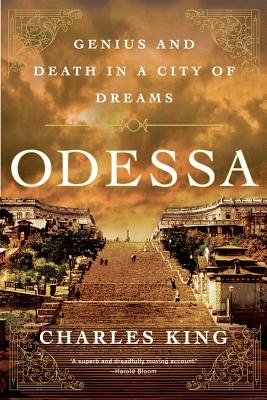 From Alexander Pushkin and Isaac Babel to Zionist renegade Vladimir Jabotinsky and filmmaker Sergei Eisenstein, an astonishing cast of geniuses helped shape Odessa, a legendary haven of cosmopolitan freedom on the Black Sea. Drawing on a wealth of original sources and offering the first detailed account of the destruction of the city's Jewish community during the Second World War, Charles King's Odessa is both history and elegy—a vivid chronicle of a multicultural city and its remarkable resilience over the past two centuries.

Charles King is a professor of international affairs and government at Georgetown University. A frequent media commentator on global issues, he is the author of Gods of the Upper Air, Odessa, Midnight in the Pera Palace, and other books. He lives in Washington, DC.

King skillfully separates myth from fact.…His writing is aesthetic without superficiality, and erudite without pretension. Reading [his] book is like traveling as your best self, the self that you never quite are, ready with every reference, worldly and wise.
— Timothy Snyder - Wilson Quarterly

[A] finely written and evocative portrait.…A worthy tribute to one of Europe’s greatest and least-known cities.
— The Economist