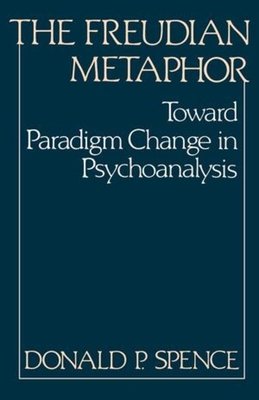 “This profound new volume by Donald Spence extends and amplifies his earlier, important, provocative discussion in Narrative Truth and Historical Truth of method and meaning in psychoanalysis. Focusing on metaphor, he provides a powerful examination of the way meaning is created between analyst and patient and between analysts in scholarly discourse. Spence’s presentation of a judicial analogy, in which he recommends to psychoanalysts an approach comparable to the legal system’s development of benchmark cases with successive commentaries, brings this elegantly written, stimulating book to a most felicitous conclusion.” —Anton O. Kris, M.D., Boston Psychoanalytic Institute

Until recently, psychoanalysis has been a most reluctant recipient of the new inheritance. For most of its century-long life it has clung to the positivist epistemology of Freud, its founding genius, belying his hope that his followers would be as skeptical about received wisdom in their time as he was in his. Psychoanalysis has protected itself from change by preserving its store of founding metaphors in their original form.