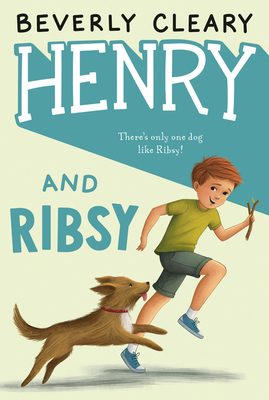 This is book number 3 in the Henry Huggins series.

In this humorous and heartfelt novel from Newbery Medal-winning author Beverly Cleary, the bond between a boy and his dog proves strong, as Henry vows to stick up for Ribsy…even if he is a trouble-maker!

From the first moment Henry found Ribsy, the curious mutt was poking his nose into things he shouldn't be. Whether terrorizing the garbage man, chasing cats, or gobbling Ramona Quimby's ice-cream cone, Henry's four-legged pal has walked himself into one problem too many.

So when Henry asks his dad if he can go along on the big fishing trip, Mr. Huggins agrees, but on one condition: Ribsy must stay out of mischief for two whole months. Henry is confident in his loyal dog…until Ribsy goes overboard with his appetite for chaos—literally!

“Henry’s audience is in for more laughs. Another Cleary hit!” — Kirkus Reviews

“Ribsy complicates life as only a loyal, bumbling, well-intentioned mutt can. Few writers for children handle everyday comedy so briskly and realistically as Beverly Cleary.” — The New York Times