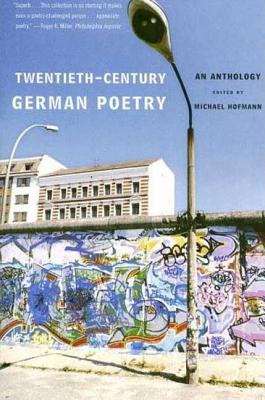 This groundbreaking anthology will serve as the standard for years to come. Editor Michael Hofmann has assembled brilliant translations of the major German poets, from Rilke and Brecht to Durs Grunbein and Jan Wagner, in an approachable, readable, and endlessly interesting collection. Here we find poetry as a living counter-force to socio-political reality; poetry of dissent and fear and protest; poetry of private griefs and musics. From the subtlety and elegance of Brecht, to the extraordinary jargon-glooms of Gottfried Benn, to the oblique and straightforward responses to the country's villainous history, to the bitter, cleansed, and haunted poetry of the postwar years, the anthology ends with a reunified country looking at itself and its neighbors in new ways. This is an essential and timely collection of verse from a tumultuous, violent, tragic, and hopeful century, written in the language of those who were at the heart of the matter.

Michael Hofmann is a poet and frequent contributor to The New York Times Book Review, and is widely regarded as one of the world's foremost translators of works from German to English. His original poetry collections include One Lark, One Horse and Where Have You Been? He has translated Willy Peter Reese's A Stranger to Myself, Joseph Roth's The Tale of the 1002nd Night, Herta Muller's The Land of the Green Plums, and Gottfried Benn's Impromptus. Hofman lives in London.

“Michael Hofmann's eclectic and inspiring anthology is going to be a touchstone for readers like myself of European poets whose works, even though known to us only in translation, have formed an essential element of our contemporary sensibility. There is a special pleasure in finding among his choices translations that one has responded to intensely in comparison with others collected over the years--in my case, for example, J.B. Leishman's version of Rilke's 'Orpheus. Eurydice. Hermes.' And there's the fresh interest of discovering translations never before come across, of poems thought of as finally known. The German originals side-by-side are a stimulus to us, the lovers of words. Though one doesn't know the language, these are words whose mouthed cadence makes itself understood in enhancement of the English word and phrase. A wonderful source to return to, again and again.” —Nadine Gordimer

“Except for a few famous names, modern German poetry is sadly unknown to most Anglophone readers. Poet Michael Hoffman and his team of gifted poet/translators have done much to right the situation with this brilliant and amazing collection.” —John Ashbery

“Michael Hofmann has a skeptical intelligence, an observant eye, a compulsion to speak the unspeakable, and the useful wariness of the displaced person.” —Helen Vendler, The New York Review of Books