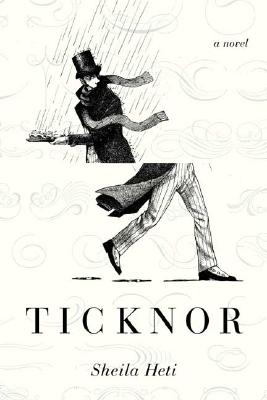 “A small masterpiece” (National Post)—An utterly original first novel from a rising international star
On a cold, rainy night, an aging bachelor named George Ticknor prepares to visit his childhood friend Prescott, now one of the leading intellectual lights of their generation. Reviewing a life of petty humiliations, and his friend’s brilliant career, Ticknor sets out for the dinner party—a party at which he’d just as soon never arrive.

Distantly inspired by the real-life friendship between the great historian William Hickling Prescott and his biographer, Ticknor is a witty, fantastical study in resentment. It recalls such modern masterpieces of obsession as Thomas Bernhard’s The Loser and Nicholson Baker’s The Mezzanine and announces the arrival of a charming and original novelist, one whose stories have already earned her a passionate international following.

"If this singular and delightful novel has any precedents, they're tucked away somewhere between Beckett's early comedies and Nabokov's DARK LAUGHTER, or DESPAIR. TICKNOR is a beautifully fashioned little cameo. It's also one of the saddest books I've read in years." --John Wray, author of CANAAN'S TONGUE

"TICKNOR defies easy categorization. Though it is set in nineteenth-century Boston and takes as its principal characters the scholars George Ticknor and William Prescott, it would be wrong to call it a work of historical fiction. By the sheer power of imagination and formal invention, Heti creates in TICKNOR a book that seems to occupy two time periods at once, the past and the present. She pulls this off with sly humour and economical--sometimes brilliantly epigrammatic--writing. And though the book is slim, its slimness should not be mistaken for slightness. Heti packs more life and literary pleasure into TICKNOR than most authors do in novels three or four times its length."  --David Bezmozgis, author of NATASHA