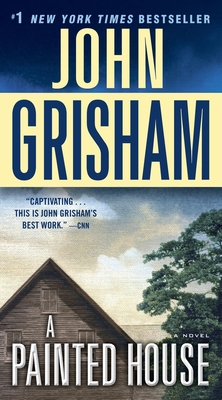 #1 NEW YORK TIMES BESTSELLER • Until that September of 1952, Luke Chandler had never kept a secret or told a single lie. But in the long, hot summer of his seventh year, two groups of migrant workers — and two very dangerous men — came through the Arkansas Delta to work the Chandler cotton farm. And suddenly mysteries are flooding Luke’s world.

“John Grisham is about as good a storyteller as we’ve got. . . . The pages turn. The characters take on their own lives. And at times, as the cotton bolls glisten in the sun, you can’t help thinking of other coming-of-age novels from the South: Huckleberry Finn or To Kill a Mockingbird.”—The New York Times Book Review

“The kind of book you read slowly because you don’t want it to end . . . Never let it be said this man doesn’t know how to spin a good yarn.”—Entertainment Weekly

“Characters that no reader will forget . . . prose as clean and strong as any Grisham has yet laid down . . . and a drop-dead evocation of a time and place that mark this novel as a classic slice of Americana.”—Publishers Weekly