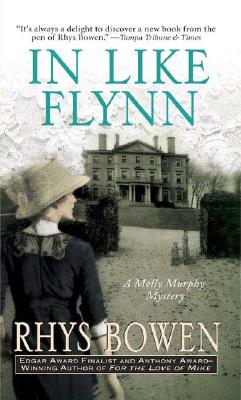 A woman private eye in a man's world, Molly Murphy is having a hard time succeeding as a New York shamus. That's why she agrees to go undercover for the NYPD to expose a pair of spiritualist sisters as con-artists even though the offer comes from police captain Daniel Sullivan. Sullivan had once won Molly's heart--until she discovered he already had a socialite fiance and an upcoming wedding. Now Molly's masquerading as a cousin from Ireland at the Hudson River mansion of Senator Barney Flynn. Flynn's invalid wife hopes the psychic sisters can contact her dead son, kidnapped and lost in a sensational crime. After an eerie seance, Molly isn't so sure the sisters are fakes, but she's certain the police bungled the kidnapping case. Soon Molly's questions are leading her toward danger, and her own sixth sense is warning her--murder lies ahead

Rhys Bowen is the author of the award-winning Molly Murphy and Constable Evans mysteries. Her novels have garnered an impressive array of awards and nominations, including the Anthony award for her novel "For the Love of Mike" and the Agatha Award for "Murphy's Law." Her books have also won the Bruce Alexander Historical Award and the Herodotus Award, and have been shortlisted for the Edgar, the Agatha, the Macavity, the Barry, and the Mary Higgins Clark Award. She has also written "Her Royal Spyness," a series about a minor royal in 1930s England, and she is the author of several short stories, including the Anthony Award winning "Doppelganger." Her story "Voodoo" was chosen to be part of the anthology of the best of 50 years of "Alfred Hitchcock Mystery Magazine." Ms. Bowen was born in Bath, England, and worked as an announcer and studio manager for the BBC in London, before moving to Australia and then California. It was here she started writing children's and young adult novels, and then moved on to mysteries with the Constable Evans novels. When not writing she loves to travel, sing, hike, play her Celtic harp, and entertain her grandchildren. She lives in San Rafael, California."