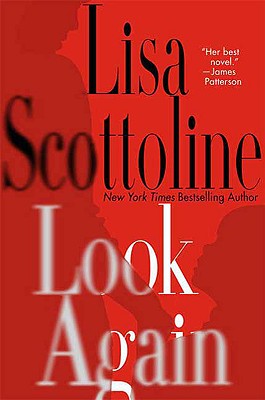 By Lisa Scottoline
$26.95
Email or call for price

When reporter Ellen Gleeson gets a “Have You Seen This Child?” flyer in the mail, she almost throws it away. But something about it makes her look again, and her heart stops—the child in the photo is identical to her adopted son, Will. Her every instinct tells her to deny the similarity between the boys, because she knows her adoption was lawful. But she’s a journalist and won’t be able to stop thinking about the photo until she figures out the truth. And she can’t shake the question: if Will rightfully belongs to someone else, should she keep him or give him up? She investigates, uncovering clues no one was meant to discover, and when she digs too deep, she risks losing her own life—and that of the son she loves. Lisa Scottoline breaks new ground in Look Again, a thriller that’s both heart-stopping and heart-breaking, and sure to have new fans and book clubs buzzing.

Lisa Scottoline is the "New York Times" bestselling author of novels including "Lady Killer, Think Twice, Save Me" and "Everywhere That Mary Went." She also writes a weekly column, "Chick Wit," with her daughter Francesca Serritella, for "The Philadelphia Inquirer." The columns have been collected in "Why My Third Husband Will Be a Dog" and "My Nest Isn't Empty, It Just Has More Closet Space." She has won an Edgar(R) Award and "Cosmopolitan" magazine's "Fun Fearless Fiction" Award, and she is the president of Mystery Writers of America. She teaches a course on justice and fiction at the University of Pennsylvania Law School, her alma mater. She lives in the Philadelphia area.

"...barn-burning crossover novel about every adoptive mother’s worst nightmare. . . . her best book yet."--Kirkus Reviews (Starred Review) "Bestseller Scottoline ... scores another bull’s-eye with this terrifying thriller about an adoptive parent’s worst fear. . . . Scottoline expertly ratchets up the tension."--Publishers Weekly (Starred Review) "Scottoline's edgy and emotional thriller proves once again why she's such an accomplished author. Any story dealing with the kidnapping of a child is heart-wrenching, but in Scottoline's capable hands readers experience a myriad of feelings -- shock, anger, sadness and relief. A great read!"--RT Book Reviews "Scottoline's best novel to date will have faithful fans and new readers singing her praises. Highly recommended."--Library Journal "Her plots are as lean and swift as a scull on the Schuylkill River in her native Philadelphia."--The Washington Post "Look Again, if I may be so bold, is probably Lisa Scottoline's best novel. It's honest and hugely emotional, with very real characters who you care about, and will remember long after you finish this terrific book."— James Patterson
"There was something about this book that just sucked me in, especially on an emotional level...this is some of Lisa's finest work."— Billie Bloebaum, Powell's Books
"A timely and topical thriller...that tugs at the heart at the same moments that it ratchets up the tension."— Joe Drabyak, Chester County Book & Music Company  "A page-turner that challenges every aspect of motherhood. Lisa Scottoline's Look Again should appeal to fans of thrillers, romantic suspense, and provocative/issue novelists like Anita Shreve and Jodi Picoult."— Geoffrey B. Jennings, Rainy Day Books  "[The book is] laced with tears and laughter as we witness the anguish, joy, terror, and resolve of a mother, under siege."— Barbara Peters, The Poisoned Pen "The pace never lets up and Look Again is full of surprises. . . . Look Again is a guaranteed great time, not only for all longtime Scottoline readers but for newcomers who will definitely become fans."--The Mystery Reader