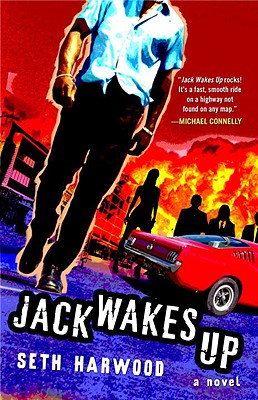 Washed-up movie star Jack Palms is knee-deep in a Bay Area drug war and it’ll take the performance of a lifetime to get him through it alive.

In the three years since Jack Palms left Hollywood and kicked his drug habit, he’s added fourteen pounds of muscle, read eighty-three books, and played it as straight as anyone could reasonably ask. But the residual checks are drying up, and the ascetic lifestyle’s starting to wear thin, so Jack’s happy to cash in on his former celebrity by showing some out-of-town high rollers around San Francisco’s club scene.

Then people start turning up dead, and Jack realizes he’s been playing tour guide to a pack of former KGB agents turned coke dealers. Soon he’s got too many gunmen after him to count–including a South American drug cartel, a mountain-sized Samoan enforcer, and a mobbed-up strip-club owner with an army of thugs. That’s not to mention the gorgeous bartender who may be planning on shooting him in the back and the homicide cop who’s just given Jack twenty-four hours to bring down the Bay Area’s biggest drug dealer.

But the thing that scares Jack the most? He’s starting to enjoy himself.

SETH HARWOOD graduated from the Iowa Writers’ Workshop in 2002, and his short stories have been published in numerous journals and anthologies. These days you can find Seth online at SethHarwood.com, where his podcasts of Jack Wakes Up and its sequels have drawn a devoted following.

“Jack Wakes Up rocks! It's a fast, smooth ride on a highway not found on any map.” —Michael Connelly, #1 New York Times bestselling author of The Brass Verdict

“A cold, refreshing slap of glorious mayhem that doesn’t allow you to blink until you turn the last page.”
—Jason Pinter, bestselling author of The Mark