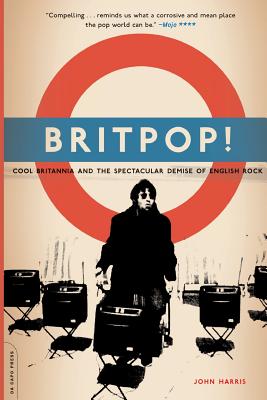 Beginning in 1994 and closing in the first months of 1998, the UK passed through a cultural moment as distinct and as celebrated as any since the war. Founded on rock music, celebrity, boom-time economics, and fleeting political optimism, this was "Cool Britannia." Records sold in the millions, a new celebrity elite emerged, and Tony Blair's Labour Party found itself returned to government. Drawing on interviews from all the major bands including Oasis, Blur, Elastica, and Suede, and from music journalists, record executives, and those close to government, Britpop! charts the rise and fall of the Britpop moment. In this wonderfully engaging, page-turning narrative, John Harris, currently the hottest young music journalist in the UK, argues that the high point of British music's cultural impact also signaled its effective demise. After all, if rock stars were now friends of government, how could they continue to matter?"Cool Britannia was an empty promise that was bound to end in tears. John Harris captures the moment when New Labour, desperately wanting to seem hip, invited Britpop into Downing Street. Irresistible."-Billy Bragg

John Harris is the author of Britpop!: Cool Britannia and the Spectacular Demise of English Rock. His work has appeared in Rolling Stone, Mojo, Q, the Guardian, NME, Select, and New Statesman. He lives in Hay-on-Wye, England.