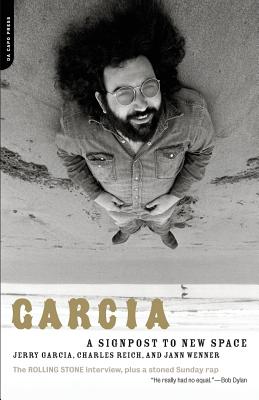 Jerry Garcia (1942-1995) is an American icon. The guitarist and de facto leader of the Grateful Dead was a gregarious talker, keenly engaged with the new world exploding around him. In 1972, Garcia was visited by Charles Reich, a Yale law professor, and Jann Wenner, the founder of Rolling Stone. Garcia was just thirty-one years old but already viewed--to his lasting dismay--as a social avatar for the new sensibility sweeping the land, an anarchist streak with a populist undercurrent that had roots in Ken Kesey's pranksters, the writers of the Beat Generation, and the libertine tradition of the American transcendentalists. In this interview, Garcia reveals how he is a combination of these and other influences, a high-school dropout and autodidact blessed with a gift for eloquent turns of phrase and a refreshing directness. He speaks of the saga of the Grateful Dead and his hoodlum youth growing up in San Francisco's Mission district. He delves into fascinating discourses on the music that shaped his own playing and writing, and freely discusses his use of drugs and explains why he felt it was important to stay high. Like the Grateful Dead's best music, Garcia: A Signpost to New Space is familiar, friendly, and inviting.

Jerry Garcia was one of the greatest American songwriters and guitarists of all time. As front man for the legendary jam band The Grateful Dead, he has, literally, tens of millions of fans around the world.