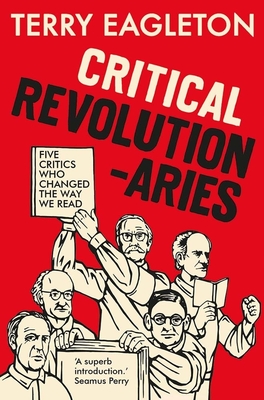 Before the First World War, traditional literary scholarship was isolated from society at large. In the years following, a younger generation of critics came to the fore. Their work represented a reaction to the impoverishment of language in a commercial, utilitarian society increasingly under the sway of film, advertising, and the popular press. For them, literary criticism was a way of diagnosing social ills and had a vital moral function to perform.

Terry Eagleton reflects on the lives and work of T. S. Eliot, I. A. Richards, William Empson, F. R. Leavis, and Raymond Williams, and explores a vital tradition of literary criticism that today is in danger of being neglected. These five critics rank among the most original and influential of modern times and represent one of the most remarkable intellectual formations in twentieth-century Britain. This was the heyday of literary modernism, a period of change and experimentation—the bravura of which spurred on developments in critical theory.

Terry Eagleton is Distinguished Visiting Professor of English Literature at Lancaster University and the author of more than fifty books in the fields of literary theory, postmodernism, politics, ideology, and religion.

“Exhilarating. . . . It would be hard to think of any writer better able to lay out the dust-ups and love-ins of interwar literary culture than Terry Eagleton. His respect for these thinkers, in whose tradition he is perhaps the last member (he was taught by Raymond Williams, the youngest of the Cambridge group) shimmers gratefully and lovingly on the page.”—Kathryn Hughes, The Guardian

“Along with shrewd analysis, Eagleton exhibits great wit. . . . This will delight scholars and students alike.”—Publishers Weekly

“That these influential critics have been on the verge of neglect goes without saying. Now Eagleton rescues them, noting their individual failures while celebrating their revolutionary brilliance. These critics still matter as we think about how a culture is formed and extended, valued and preserved. This book deserves a very wide audience.”—Jay Parini, author of Borges and Me

“Here are five expert pen portraits of the founding fathers of modern English literary criticism. Eagleton evokes their personalities and teases out their thought with all his characteristic judiciousness, asperity, and wit. The book is both a superb introduction to these great writers and an invitation to readers who think they know them already to pause and think about them again.”—Seamus Perry, University of Oxford

“A presentation of key critics who taught us that reading is both a technical skill and a vital human concern. Essential for those who want to understand why we still need literature in the days of Twitter and Instagram.”—Professor Maria Elisa Cevasco, University of São Paulo

“Critical Revolutionaries celebrates ‘a vital tradition of literary criticism’ that is in danger of neglect; Eagleton offers a stimulating introduction to those approaching the criticism of T. S. Eliot, I. A. Richards, William Empson, F. R Leavis and Raymond Williams for the first time, while making a forceful contribution to the critical tradition being constructed and analysed.”—Professor Daniel G. Williams, Swansea University