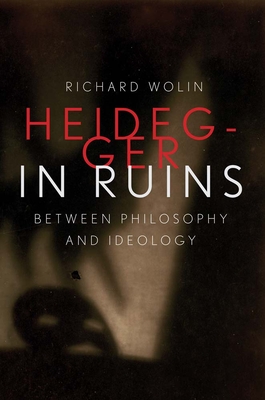 What does it mean when a radical understanding of National Socialism is inextricably embedded in the work of the twentieth century’s most important philosopher?

Martin Heidegger’s sympathies for the conservative revolution and National Socialism have long been well known. As the rector of the University of Freiburg in the early 1930s, he worked hard to reshape the university in accordance with National Socialist policies. He also engaged in an all-out struggle to become the movement’s philosophical preceptor, “to lead the leader.” Yet for years, Heidegger’s defenders have tried to separate his political beliefs from his philosophical doctrines. They argued, in effect, that he was good at philosophy but bad at politics. But with the 2014 publication of Heidegger’s Black Notebooks, it has become clear that he embraced a far more radical vision of the conservative revolution than previously suspected. His dissatisfaction with National Socialism, it turns out, was mainly that it did not go far enough. The notebooks show that far from being separated from Nazism, Heidegger’s philosophy was suffused with it. In this book Richard Wolin explores what the notebooks mean for our understanding of arguably the most important philosopher of the twentieth century, and of his ideas—and why his legacy remains radically compromised.

Richard Wolin is distinguished professor of history, political science, and comparative literature at the CUNY Graduate Center. He is the author of Heidegger’s Children: Hannah Arendt, Karl Löwith, Hans Jonas, and Herbert Marcuse and The Seduction of Unreason: The Intellectual Romance with Fascism from Nietzsche to Postmodernism.

“Heidegger in Ruins is an uncompromising and incisive reassessment of Heidegger’s philosophy. Wolin convincingly demonstrates that he differed from his ideological competitors only in his more radical vision of a racial elect. Today, Heideggerianism survives in a variety of contemporary new right thinkers from Moscow to Charlottesville.”—Anson Rabinbach, Princeton University

“For three decades, Richard Wolin has battled strong headwinds to demonstrate the links between Heidegger’s vile politics and his sublime philosophy. Wolin’s latest effort shows that the winds have shifted and the mighty fortress built by Heidegger and his defenders has been blown away.”—Martin Jay, author of Genesis and Validity

“Richard Wolin’s detailed and powerful analysis will be a widely read and widely discussed contribution to the debate over Heidegger and Nazism.”—Alan E. Steinweis, author of Studying the Jew: Scholarly Antisemitism in Nazi Germany