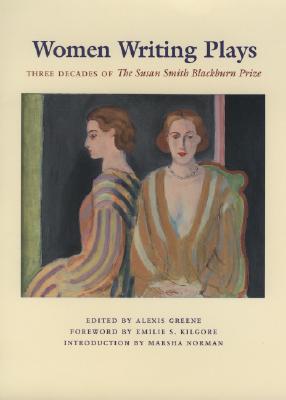 Women's playwriting burgeoned in the United States and the United Kingdom as part of the feminist movement of the 1970s. Ever since, playwriting women have been embracing new subjects, experimenting with form, and devising new ways of looking at the world. To honor their achievements and inspire future endeavors, the Susan Smith Blackburn Prize was established in memory of an American actor, journalist, and feminist who died of breast cancer. In the nearly three decades of the award's existence, more than three hundred English-speaking women playwrights have been finalists for the Blackburn Prize in recognition of their work, including such prominent writers as Marsha Norman, Cheryl L. West, Wendy Wasserstein, Caryl Churchill, Paula Vogel, and Suzan-Lori Parks.

This volume offers a comprehensive overview of women's playwriting, as well as a celebration of the Susan Smith Blackburn Prize. It combines critical essays, playwrights' memoirs, and conversations and interviews with playwrights to explore how women's playwriting evolved in relation to the women's movement and how it continues to map new territory and find fresh modes of expression. The majority of contributors to this volume--playwrights, arts journalists, and theater critics--have had some connection to the Blackburn Prize, either as award recipients, play readers, or judges. The memoirs, conversations, and interviews come from some of the finest women playwrights of the last three decades. These dramatists offer fascinating insight into the playwriting art, theatrical careers, and women's goals in writing for the theater.