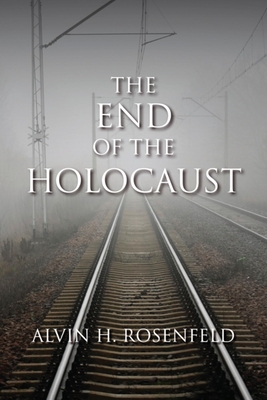 In this provocative work, Alvin H. Rosenfeld contends that the proliferation of books, films, television programs, museums, and public commemorations related to the Holocaust has, perversely, brought about a diminution of its meaning and a denigration of its memory. Investigating a wide range of events and cultural phenomena, such as Ronald Reagan's 1985 visit to the German cemetery at Bitburg, the distortions of Anne Frank's story, and the ways in which the Holocaust has been depicted by such artists and filmmakers as Judy Chicago and Steven Spielberg, Rosenfeld charts the cultural forces that have minimized the Holocaust in popular perceptions. He contrasts these with sobering representations by Holocaust witnesses such as Jean Am ry, Primo Levi, Elie Wiesel, and Imre Kert sz. The book concludes with a powerful warning about the possible consequences of the end of the Holocaust in public consciousness.

Alvin H. Rosenfeld holds the Irving M. Glazer Chair in Jewish Studies and is Professor of English at Indiana University Bloomington. He is author of A Double Dying: Reflections on Holocaust Literature and Imagining Hitler, and editor of Thinking about the Holocaust: After Half a Century and Resurgent Antisemitism: Global Perspectives.