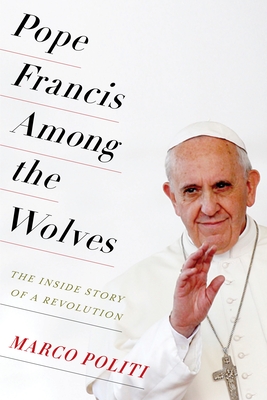 Marco Politi takes us deep inside the power struggle roiling the Roman Curia and the Catholic Church worldwide, beginning with Benedict XVI, the pope who famously resigned in 2013, and intensifying with the contested and unexpected election of Jorge Mario Bergoglio, archbishop of Buenos Aires, now known as Pope Francis. Politi's account balances the perspectives of Pope Francis's supporters, Benedict's sympathizers, and those disappointed members of the Catholic laity who feel alienated by the institution's secrecy, financial corruption, and refusal to modernize.

Politi dramatically recounts the sexual scandals that have rocked the church and the accusations of money laundering and other financial misdeeds swirling around the Vatican and the Italian Catholic establishment. Pope Francis has tried to shine a light on these crimes, but his work has been met with resistance from entrenched factions. Politi writes of the decline in church attendance and vocations to the priesthood throughout the world as the church continues to prohibit divorced and remarried Catholics from receiving the communion wafer. He visits European parishes where women now perform the functions of missing male priests--and where the remaining parishioners would welcome the admission of women to the priesthood, if the church would allow it.
Pope Francis's emphasis on pastoral compassion for all who struggle with the burden of family life has also provoked the ire of traditionalists in the Roman Curia and elsewhere. He knows from personal experience what life is like for the poor in Buenos Aires and other metropolises of the globalized world, and highlights the contrast between the vital, vibrant faith of these parishioners and the disillusionment of European Catholics. Pope Francis and his supporters are locked in a battle with the defenders of the traditional hard line and with ecclesiastical corruption. In this conflict, the future of Catholicism is at stake--and it is far from certain Francis will succeed in saving the institution from decline.

Marco Politi has been a leading international expert on Vatican issues for more than forty years. He is a journalist with the newspaper Il Fatto Quotidiano and was the Vatican correspondent for La Repubblica. With Carl Bernstein, he wrote the international best-seller His Holiness. His other books include Pope Wojtyla: The Farewell; The Return of God; I, Gay Priest; The Church That Says No; and Joseph Ratzinger: Crisis of a Papacy.William McCuaig is a translator living in Montreal.