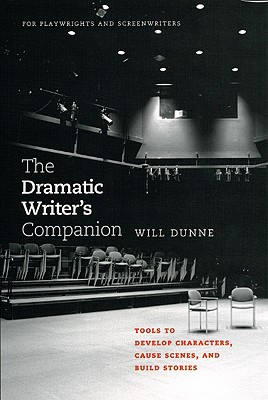 Having spent decades working with dramatists to refine and expand their existing plays and screenplays, Dunne effortlessly blends condensed dramatic theory with specific action steps-over sixty workshop-tested exercises that can be adapted to virtually any individual writing process and dramatic script. Dunne's in-depth method is both instinctual and intellectual, allowing writers to discover new actions for their characters and new directions for their stories.

Dunne's own experience is a crucial element of this guide. His plays have been selected by the Eugene O'Neill Theatre Center for three U.S. National Playwrights Conferences and have earned numerous honors, including a Charles MacArthur Fellowship, four Bay Area Theatre Critics Circle Awards, and two Drama-Logue Playwriting Awards. Thousands of individuals have already benefited from his workshops, and The Dramatic Writer's Companion promises to bring his remarkable creative method to an even wider audience.

Will Dunne is currently a resident playwright at Chicago Dramatists, where he develops plays and teaches workshops. He also has led over fifteen hundred workshops through his San Francisco program, served as a dramaturg at the O Neill, and twice attended the Australian National Playwrights Conference as guest instructor. His plays, which include "How I Became an Interesting Person" and "Hotel Desperado," have been presented in Russia, Australia, and Croatia as well as in the U.S."