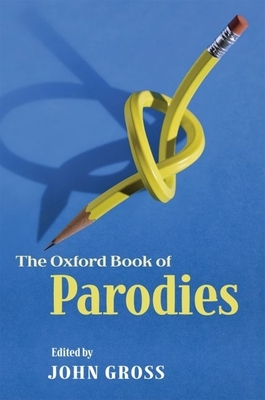 Parodies come in all shapes and sizes. There are broad parodies and subtle parodies, ingenious imitations and knockabout spoofs, scornful lampoons and affectionate pastiches. All these varieties, and many others, appear in this delightful anthology, which has been hailed as delightful (Wall Street Journal), enjoyable (The New Yorker), and sparkling (The Financial Times). The classics of the genre are all here, but so are scores of lesser known but scarcely less brilliant works. At every stage there are surprises. Proust visits Chelsea, Yeats re-writes Old King Cole, Harry Potter encounters Mick Jagger, a modernized Sermon on the Mount rubs shoulders with an obituary of Sherlock Holmes. The collection provides a hilarious running commentary on literary history, but it also looks beyond literature to include such things as ad parodies, political parodies, and even a scientific hoax. The collection includes work by such accomplished parodists as Max Beerbohm, Robert Benchley, H. L. Mencken, and Evelyn Waugh. And the victims include Chaucer, Shakespeare, Milton, Wordsworth, Poe, Longfellow, Emily Dickinson, Cole Porter, Martin Amis, and many others.

John Gross was a major editor and critic who worked for the TLS, the New York Times, and the Sunday Telegraph during his illustrious career.