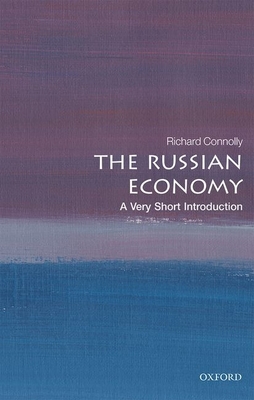 Russia today is as prominent in international affairs as it was at the height of the Cold War. Yet the role that the economy plays in supporting Russia's position as a 'great power' on the international stage is poorly understood. For many, Russia's political influence far exceeds its weight in the global economy. However, Russia is one of the largest economies in the world; it is not only one of the world's most important exporters of oil and gas, but also of other natural resources, such as diamonds and gold. Its status as one of the largest wheat and grain exporters shapes commodity prices across the globe, while Russia's enormous arms industry, second only to the United States, provides it with the means to pursue an increasingly assertive foreign policy. All this means that Russia's economy is crucial in serving the country's political objectives, both within Russia and across the world. Russia today has a distinctly political type of economy that is neither the planned economy of the Soviet era, nor a market-based economy of the Euro-Atlantic variety. Instead, its economic system is characterised by a unique blend of state and market; control and freedom; and natural resources alongside human ingenuity. The Russian Economy: A Very Short Introduction introduces readers to the dimensions of the Russian economy that are often ignored by the media and public figures, or exaggerated and misunderstood. In doing so, it shows how Russia's economy is one of global significance, and helps explain why many of Russia's enduring features, such as the heavy hand of the state and the emphasis on military-industrial production, have persisted despite the immense changes that took place after the disintegration of the Soviet Union in 1991. ABOUT THE SERIES: The Very Short Introductions series from Oxford University Press contains hundreds of titles in almost every subject area. These pocket-sized books are the perfect way to get ahead in a new subject quickly. Our expert authors combine facts, analysis, perspective, new ideas, and enthusiasm to make interesting and challenging topics highly readable.

Dr Richard Connolly is Director of the Centre for Russian, European and Eurasian Studies (CREES) at the University of Birmingham. He is a specialist on the political economy of Russia and has published widely on Russia's energy and defence industries, Russia's role in the global economy, and on how sanctions affected Russia. His most recent book is Russia's Response to Sanctions, published by Cambridge University Press in 2018. He has advised a wide range of governments and private-sector organisations.