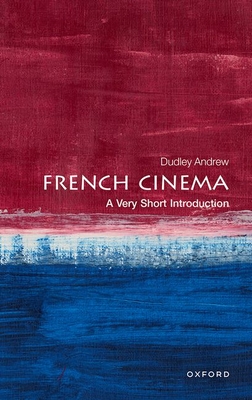 It is often claimed that the French invented cinema. Dominating the production and distribution of cinema until World War 1, when they were supplanted by Hollywood, the French cinema industry encompassed all genres, from popular entertainment to avant-garde practice. The French invented the "auteur" and the "cine-club"; they incubated criticism from the 1920s to our own day that is unrivalled; and they boast more film journals, fan magazines, TV shows, and festivals devoted to film than anywhere else. This Very Short Introduction opens up French cinema through focusing on some of its most notable works, using the lens of the New Wave decade (1958-1968) that changed cinema worldwide. Exploring the entire French cinematic oeuvre, Dudley Andrew teases out distinguishing themes, tendencies, and lineages, to bring what is most crucial about French Cinema into alignment. He discusses how style has shaped the look of female stars and film form alike, analysing the "made up" aesthetic of many films, and the paradoxical penchant for French cinema to cruelly unmask surface beauty in quests for authenticity. Discussing how French cinema as a whole pits strong-willed characters against auteurs with high-minded ideas of film art, funded by French cinema's close rapport to literature, painting, and music, Dudley considers how the New Wave emerged from these struggles, becoming an emblem of ambition for cinema that persists today. He goes on to show how the values promulgated by the New Wave
directors brought the three decades that preceded it into focus, and explores the deep resonance of those values today, fifty years later.
ABOUT THE SERIES: The Very Short Introductions series from Oxford University Press contains hundreds of titles in almost every subject area. These pocket-sized books are the perfect way to get ahead in a new subject quickly. Our expert authors combine facts, analysis, perspective, new ideas, and enthusiasm to make interesting and challenging topics highly readable.

Dudley Andrew, Professor of Film and Comparative Literature, Yale University Dudley Andrew is Professor of Film and Comparative Literature at Yale University. Biographer of Andre Bazin, he extends Bazin's thought in both What Cinema Is! (Wiley-Blackwell, 2011), and in the edited volume Opening Bazin (OUP, 2012). Working in aesthetics, hermeneutics, and cultural history, he published Film in the Aura of Art (Princeton University Press, 1984), before turning to French film with Mists of Regret (Princeton University Press, 1995) and Popular Front Paris (Harvard University Press, 2005). For these publications, he was named Officier de l'Ordre des Arts et des Lettres by the French Ministry of Culture.