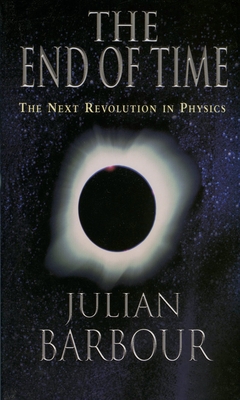 Richard Feynman once quipped that "Time is what happens when nothing else does." But Julian Barbour disagrees: if nothing happened, if nothing changed, then time would stop. For time is nothing but change. It is change that we perceive occurring all around us, not time. Put simply, time does not exist.
In this highly provocative volume, Barbour presents the basic evidence for a timeless universe, and shows why we still experience the world as intensely temporal. It is a book that strikes at the heart of modern physics. It casts doubt on Einstein's greatest contribution, the spacetime continuum, but also points to the solution of one of the great paradoxes of modern science, the chasm between classical and quantum physics. Indeed, Barbour argues that the holy grail of physicists--the unification of Einstein's general relativity with quantum mechanics--may well spell the end of time.
Barbour writes with remarkable clarity as he ranges from the ancient philosophers Heraclitus and Parmenides, through the giants of science Galileo, Newton, and Einstein, to the work of the contemporary physicists John Wheeler, Roger Penrose, and Steven Hawking. Along the way he treats us to enticing glimpses of some of the mysteries of the universe, and presents intriguing ideas about multiple worlds, time travel, immortality, and, above all, the illusion of motion.
The End of Time is a vibrantly written and revolutionary book. It turns our understanding of reality inside-out.

Julian Barbour is a theoretical physicist who has worked on foundational issues in physics and astronomy for 35 years. His first book, the widely praised The Discovery of Dynamics, has recently been republished in paperback. In 2000 the Association of American Publishers awarded The End of Time its prestigious award for excellence in the Physics & Astronomy section. Julian Barbour, a theoretical physicist, has worked on foundational issues in physics for 35 years. He is the author of the widely praised Absolute or Relative Motion?: Volume I, and is working on the second volume.