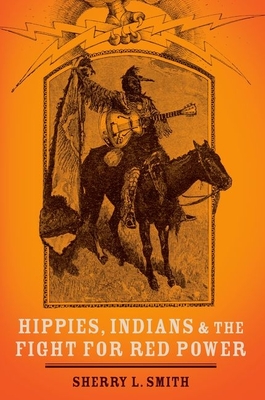 Through much of the 20th century, federal policy toward Indians sought to extinguish all remnants of native life and culture. That policy was dramatically confronted in the late 1960s when a loose coalition of hippies, civil rights advocates, Black Panthers, unions, Mexican-Americans, Quakers
and other Christians, celebrities, and others joined with Red Power activists to fight for Indian rights. In Hippies, Indians and the Fight for Red Power, Sherry Smith offers the first full account of this remarkable story. Hippies were among the first non-Indians of the post-World War II generation to seek contact with Native Americans. The counterculture saw Indians as genuine holdouts against
conformity, inherently spiritual, ecological, tribal, communal-the original long hairs. Searching for authenticity while trying to achieve social and political justice for minorities, progressives of various stripes and colors were soon drawn to the Indian cause. Black Panthers took part in
Pacific Northwest fish-ins. Corky Gonzales' Mexican American Crusade for Justice provided supplies and support for the Wounded Knee occupation. Actor Marlon Brando and comedian Dick Gregory spoke about the problems Native Americans faced. For their part, Indians understood they could not achieve
political change without help. Non-Indians had to be educated and enlisted. Smith shows how Indians found, among this hodge-podge of dissatisfied Americans, willing recruits to their campaign for recognition of treaty rights; realization of tribal power, sovereignty, and self-determination; and
protection of reservations as cultural homelands. The coalition was ephemeral but significant, leading to political reforms that strengthened Indian sovereignty. Thoroughly researched and vividly written, this book not only illuminates this transformative historical moment but contributes greatly to our understanding of social movements.

Sherry L. Smith is University Distinguished Professor of History and Associate Director of the Clements Center for Southwest Studies at Southern Methodist University. She is the author of Reimagining Indians: Native Americans through Anglo Eyes, 1880-1940 (OUP, 2000); The View from Officers' Row: Army Perceptions of Western Indians; and Sagebrush Soldier: William Earl Smith's View of the Sioux War of 1876.