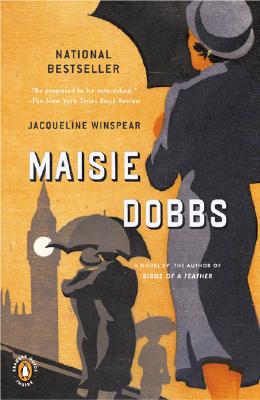 By Jacqueline Winspear
$16.00
Email or call for price

Hailed by NPR's Fresh Air as part Testament of Youth, part Dorothy Sayers, and part Upstairs, Downstairs, this astonishing debut has already won fans from coast to coast and is poised to add Maisie Dobbs to the ranks of literature's favorite sleuths.

Maisie Dobbs isn't just any young housemaid. Through her own natural intelligence--and the patronage of her benevolent employers--she works her way into college at Cambridge. When World War I breaks out, Maisie goes to the front as a nurse. It is there that she learns that coincidences are meaningful and the truth elusive. After the War, Maisie sets up on her own as a private investigator. But her very first assignment, seemingly an ordinary infidelity case, soon reveals a much deeper, darker web of secrets, which will force Maisie to revisit the horrors of the Great War and the love she left behind.

Jacqueline Winspear was born and raised in Kent, in the south of England. In 1990, after a career in publishing in London, she moved to California."

"[A] deft debut novel... Romantic readers sensing a story-within-a-story won’t be disappointed. But first they must be prepared to be astonished at the sensitivity and wisdom with which Maisie resolves her first professional assignment." —The New York Times

"The reader familiar with Alexander McCall Smith’s The No. 1 Ladies Detective Agency... might think of Maisie Dobbs as its British counterpart.... Winspear, who intends to write a series featuring Maisie Dobbs, has created a winning character about whom readers will want to read more." —The Associated Press

"[Maisie Dobbs] catches the sorrow of a lost generation in the character of one exceptional woman." —The Chicago Tribune