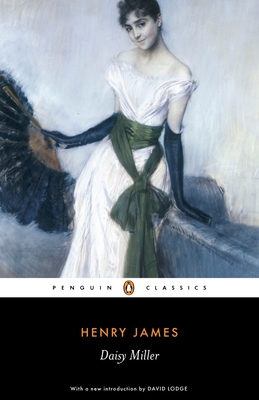 Travelling in Europe with her family, Daisy Miller, an exquisitely beautiful young American woman, presents her fellow-countryman Winterbourne with a dilemma he cannot resolve. Is she deliberately flouting social convention in the outspoken way she talks and acts, or is she simply ignorant of those conventions? When she strikes up an intimate friendship with an urbane young Italian, her flat refusal to observe the codes of respectable behaviour leave her perilously exposed. In Daisy Miller James created his first great portrait of the enigmatic and dangerously independent American woman, a figure who would come to dominate his later masterpieces.

Henry James (1843-1916), born in New York City, was the son of noted religious philosopher Henry James, Sr., and brother of eminent psychologist and philosopher William James. He spent his early life in America and studied in Geneva, London and Paris during his adolescence to gain the worldly experience so prized by his father. He lived in Newport, went briefly to Harvard Law School, and in 1864 began to contribute both criticism and tales to magazines.

During his career he also wrote many works of criticism and travel. Although old and ailing, he threw himself into war work in 1914, and in 1915, a few months before his death, he became a British subject. In 1916 King George V conferred the Order of Merit on him. He died in London in February 1916.

David Lodge is the author of twelve novels and a novella, including the Booker Prize finalists Small World andNice Work. He is also the author of many works of literary criticism,
including The Art of Fiction andConsciousness and the Novel.

Philip Horne has spent a decade looking at the thousands of James's letters in archives in the United States and Europe. A Reader in English Literature at University College, London, he is the author of Henry James and Revision and the editor of the Penguin Classics edition of James's The Tragic Muse.

“The critical faculty hesitates before the magnitude of Mr. Henry James’s work.”—Joseph Conrad