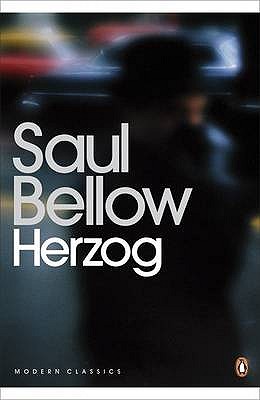 In time for the centennial of his birth, one of the Nobel Prize winner's finest achievements
This is the story of Moses Herzog a great sufferer, joker, mourner, charmer, serial writer of unsent letters, and a survivor, both of his private disasters and those of the age. Winner of the National Book Award when it was first published in 1964, the novel was hailed as a masterpiece ("The New York Times Book Review").
This beautifully designed Penguin Classics Deluxe Edition of "Herzog "features an introduction by Bellow's longtime friend Philip Roth.
For more than seventy years, Penguin has been the leading publisher of classic literature in the English-speaking world. With more than 1,700titles, Penguin Classics represents a global bookshelf of the best works throughout history and across genres and disciplines. Readers trust theseries to provide authoritative texts enhanced by introductions and notes by distinguished scholars and contemporary authors, as well as up-to-datetranslations by award-winning translators.

SAUL BELLOW (1915 2005) won the Pulitzer Prize for his novel "Humboldt s Gift," and was awarded the Nobel Prize for Literature. The only novelist to receive three National Book Awards, he was presented the National Book Award Foundation Medal for Distinguished Contribution to American Letters.

PHILIP ROTH, acclaimed author of "Portnoy s Complaint," "The Human Stain," and many other works of fiction, is the recipient of numerous awards, including the National Medal of Arts from the White House."