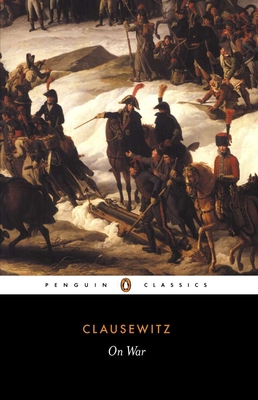 Writing at the time of Napoleon's greatest campaigns, Prussian soldier and writer Carl von Clausewitz created this landmark treatise on the art of warfare, which presented war as part of a coherent system of political thought. In line with Napoleon's own military actions, Clausewitz illustrated the need to annihilate the enemy and to make a strong display of one's power in an 'absolute war' without compromise. But he was also careful to distinguish between war and politics, arguing that war could only be justified when debate was no longer adequate, and that if undertaken, its aim should ultimately be to improve the wellbeing of the nation. Combining military theory and pratice, On War has had a profound influence on subsequent thinking on warfare.

This edition contains a detailed introduction examining Von Clausewitz's skill and reputation as a writer, philosopher and political thinker, as well as bibliography, notes and a glossary.

Prussian general and military theorist Charles Von Clausewitz was born in the Prussian city of Burg in 1780. He was commissioned to take part in the campaigns of the First Coalition against Revolutionary France. He is most famous for his military treatise Vom Kriege, translated into English as On War.