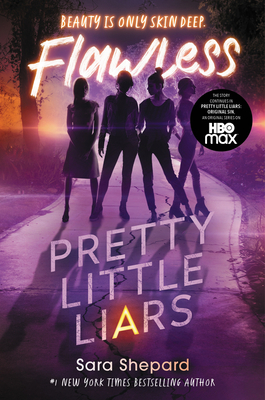 This is book number 2 in the Pretty Little Liars series.

Ever since the body of their former best friend was found, Aria, Hanna, Emily, and Spencer have been trying to figure out who could have killed her. But they’ve also been keeping some pretty big secrets…and now the mysterious “A” is threatening to reveal everything, including something so scandalous that the truth could ruin them forever.

Perfect for fans of One of Us is Lying, The Cousins, and A Good Girl’s Guide to Murder, this paperback repackage of the second book in Sara Shepard’s #1 New York Times bestselling Pretty Little Liars series—featuring a brand-new cover—brings new twists to the thrilling and magnetically compelling world of Pretty Little Liars, where everyone’s got something to hide, and no secret stays buried for long.

Sara Shepard is the author of two New York Times bestselling series, Pretty Little Liars and The Lying Game, as well as the series The Perfectionists. She graduated from New York University and has an MFA from Brooklyn College.