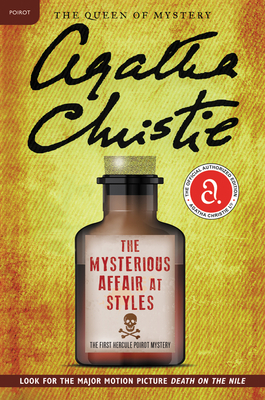 In this official and fully restored edition, Hercule Poirot solves his first case in the Agatha Christie novel that started it all, now featuring a “missing chapter” and exclusive content from the Queen of Mystery.

Who poisoned the wealthy Emily Inglethorp and how did the murderer penetrate and escape from her locked bedroom? Suspects abound in the quaint village of Styles St. Mary—from the heiress's fawning new husband to her two stepsons, her volatile housekeeper, and a pretty nurse who works in a hospital dispensary.

With impeccable timing, and making his unforgettable debut, the brilliant Belgian detective Hercule Poirot is on the case.

One of the best-loved classic mysteries of all time, The Mysterious Affair at Styles will continue to enchant old readers and introduce Agatha Christie’s unique storytelling genius to a host of new readers.

Agatha Christie is the most widely published author of all time, outsold only by the Bible and Shakespeare. Her books have sold more than a billion copies in English and another billion in a hundred foreign languages. She died in 1976, after a prolific career spanning six decades.