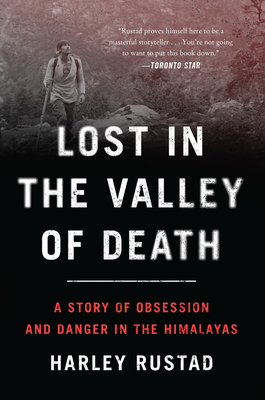 "By patient accumulation of anecdote and detail, Rustad evolves Shetler’s story into something much more human, and humanly tragic, into a layered inquisition and a reportorial force....suffice it to say Rustad has done what the best storytellers do: tried to track the story to its last twig and then stepped aside." —New York Times Book Review

In the vein of Jon Krakauer's Into the Wild, a riveting work of narrative nonfiction centering on the unsolved disappearance of an American backpacker in India—one of at least two dozen tourists who have met a similar fate in the remote and storied Parvati Valley.

For centuries, India has enthralled westerners looking for an exotic getaway, a brief immersion in yoga and meditation, or in rare cases, a true pilgrimage to find spiritual revelation. Justin Alexander Shetler, an inveterate traveler trained in wilderness survival, was one such seeker.

In his early thirties Justin Alexander Shetler, quit his job at a tech startup and set out on a global journey: across the United States by motorcycle, then down to South America, and on to the Philippines, Thailand, and Nepal, in search of authentic experiences and meaningful encounters, while also documenting his travels on Instagram. His enigmatic character and magnetic personality gained him a devoted following who lived vicariously through his adventures. But the ever restless explorer was driven to pursue ever greater challenges, and greater risks, in what had become a personal quest—his own hero’s journey.

In 2016, he made his way to the Parvati Valley, a remote and rugged corner of the Indian Himalayas steeped in mystical tradition yet shrouded in darkness and danger. There, he spent weeks studying under the guidance of a sadhu, an Indian holy man, living and meditating in a cave. At the end of August, accompanied by the sadhu, he set off on a “spiritual journey” to a holy lake—a journey from which he would never return.

Lost in the Valley of Death is about one man’s search to find himself, in a country where for many westerners the path to spiritual enlightenment can prove fraught, even treacherous. But it is also a story about all of us and the ways, sometimes extreme, we seek fulfillment in life.

Lost in the Valley of Death includes 16 pages of color photographs.

Harley Rustad is the author of Big Lonely Doug: The Story of One of Canada’s Last Great Trees. His writing has appeared in publications including Outside, the Guardian, the Globe and Mail, and Geographical. He is a features editor and writer at The Walrus magazine, a faculty editor at the Banff Centre's mountain and wilderness writing residency, and the founder of the Port Renfrew Writers’ Retreat. A fellow of the Royal Geographical Society, Rustad is originally from Salt Spring Island, British Columbia.

"Justin Alexander Shetler went to India in search of adventure and authenticity and never came back. Was his disappearance the result of a crime, an accident, or a profound spiritual transformation? This mystery beats at the heart of Harley Rustad’s gripping and propulsive book, which is part travelogue, part pilgrim’s quest, part detective story. The result is the classic hero’s journey updated for a hectic, hyperconnected world: think The Lost City of Z meets Eat Pray Love, only set in the Himalayas in the age of hashtags." — Kate Harris, author of Lands of Lost Borders

"....leaves you with a sense of wonder and a sense of unease. It’s a book that is not easy to put down." — New York Journal of Books

"Fascinating....In prose that moves like a clear river.... Rustad has done what the best storytellers do: tried to track the story to its last twig and then stepped aside." — New York Times Book Review

"....a nuanced and gripping account....the latest in a rich seam of travel writing that captures the curiosity and hubris of the planet’s most restless souls." — Financial Times

"Rustad does extensive research, including hundreds of interviews with those who knew Shetler, and undertakes his own journey to India, where he finds the cave in which Shetler spent his last days. The tale he tells is both a portrait of this complex, driven seeker, but also a cautionary story about the potential dangers visitors to India face on the path to spiritual enlightenment." — San Francisco Chronicle

"Rustad’s gripping investigation of Shetler’s life showcases a late-model brand of very online enlightenment seeker. Think: flowing clothing, lots of meditation and shirtless pics captioned with inspirational platitudes. But there’s more to Shetler than such cliches might suggest — and more to this story than an ad hoc vision quest gone wrong." — Washington Post

“A compelling read and a fascinating story, which Harley Rustad tells with great flair and even greater compassion. The parade of parents with kids gone-missing in India's Parvati Valley moved in parallel to my own plight—each of us facing the same suite of bewildering possibilities, from natural death to foul play to a new life.”  — Roman Dial, author of The Adventurer’s Son

“Haunting… a moving portrait…. Rustad draws readers into a tale of adventure and tragedy that, despite its dark outcome, is illuminated with a remarkable sense of humanity…. Equal parts tribute and travelogue, this is sure to enthrall those curious about a life lived to the extreme.” — Publishers Weekly, starred review

“One of the most haunting books of recent times. Through spellbinding story-telling, drawn from impeccable research, Harley Rustad takes us not only into the evergreen story of a young man in search of his better self, but into the mystical pull of India, the latter-day community of global pilgrims, and the casualties found along the way. This is Somerset Maugham’s classic Razor’s Edge updated to the Age of Instagram." — Pico Iyer, author of The Art of Stillness and The Open Road

“Rustad's portrait of Shetler and the land in which his life ended is remarkably well-crafted and captivating, a powerful addition to the literature of quests and wilderness exploration.” — Booklist

“In Justin Alexander Shetler, Harley Rustad has found a character equal parts Shantaram and Into the Wild’s Christopher McCandless, only with the media savvy of Anthony Bourdain and the soulful charisma of Bruce Chatwin. It is hard to imagine anyone able to illuminate this haunted, driven, marvelously complex person as richly and thoroughly as Rustad has done here.”  — John Vaillant, author of The Tiger and The Golden Spruce

"Rustad proves himself here to be a masterful storyteller, unfolding character, plot, suspense, pathos, bathos and half a dozen other Greek nouns so meticulously that you’re not going to want to put this book down." — Toronto Star

“A mysterious tale of a spiritual seeker, a survivalist on a motorcycle pilgrimage through the Himalayas, who places his trust in a sadhu, only to disappear like honey on a razor’s edge. A wonderful book.” — Wade Davis, author of Magdalena and Into the Silence

"Engaging, compassionate....nuanced, rather than salacious.... Rustad is as interested in exploring India’s enduring hold on the Western imagination, from Marco Polo to the hippie trail of the seventies to the present day." — Globe and Mail (Toronto)

"A wonderful read, this is compelling story with a message in it for all explorers: don’t lose yourself while finding your soul....a gripping tale that reads like a detective novel." — The Explorers Journal