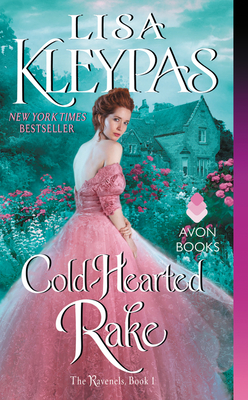 Lisa Kleypas is back with a stunning new historical romance!

Readers have long waited for the return of New York Times bestselling author Lisa Kleypas to historical romance—and now she's back with her most breathtaking yet.

Devon Ravenel, London's most wickedly charming rake, has just inherited an earldom. But his powerful new rank in society comes with unwanted responsibilities . . . and more than a few surprises. His estate is saddled with debt, and the late earl's three innocent sisters are still occupying the house . . . along with Kathleen, Lady Trenear, a beautiful young widow whose sharp wit and determination are a match for Devon's own.

Can she keep from surrendering her heart to the most dangerous man she's ever known?

New York Times bestselling author Lisa Kleypas graduated from Wellesley College with a political science degree. She’s a RITA award-winning author of both historical romance and contemporary women’s fiction. She lives in Washington State with her husband Gregory and their two children.

“Intricately and elegantly crafted, intensely romantic, and with secondary characters and an epilogue that will leave readers anxiously awaiting more. A gratifying series starter from a not-to-be-missed romance author.” — Kirkus Reviews (starred review)

“insightful characterization, an abundance of super-charged sexual chemistry, a dash of dry humor, and a to-die-for hero, all of which will have the author’s legions of fans giddy with delight at her triumphant return to historical romance.” — Booklist (starred review)

“A cadre of three-dimensional characters who captivate from the moment you meet them and a multi­layered plot that allows the characters to grow will keep fans intrigued by this addictive, rewarding story. [...] This delightful, compelling story is the first in Kleypas’s new Victorian series about the Ravenel family.” — Library Journal (starred review)

“Readers are introduced to the unforgettable characters and their original personalities through a delightful storyline peppered with sharp repartee and steamy sensuality. Yet it is the change in the characters’ motivations that intrigues and charms readers, moving this novel onto that special spot on readers’ keeper shelves.” — RT Book Reviews (top pick)