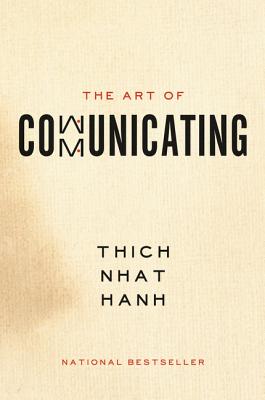 Zen master Thich Nhat Hanh, bestselling author of Peace Is Every Step and one of the most respected and celebrated religious leaders in the world, delivers a powerful path to happiness through mastering life's most important skill.

In this precise and practical guide, Buddhist monk Thich Nhat Hanh reveals how to listen mindfully and express your fullest and most authentic self. With examples from his work with couples, families, and international conflicts, The Art of Communicating helps us move beyond the perils and frustrations of misrepresentation and misunderstanding to learn the listening and speaking skills that will forever change how we experience and impact the world.

A portion of the proceeds from your book purchase supports Thich Nhat Hanh's peace work and mindfulness teachings around the world. For more information on how you can help, visit www.thichnhathanhfoundation.org.

Thich Nhat Hanh was a world-renowned Buddhist Zen master, poet, author, scholar, and activist for social change, who was nominated for the Nobel Peace Prize by Dr. Martin Luther King Jr. He was the author of many bestselling books, including the classics Peace Is Every Step and The Art of Living. Through his books and retreats at the monasteries he has founded in the U.S., Europe, Asia, and Australia, he became a pre-eminent figure in contemporary Buddhism, offering teachings that are both deeply rooted in ancient wisdom and accessible to all.

“Among Buddhist leaders influential in the West, Thich Nhat Hanh ranks second only to the Dalai Lama.” — New York Times

“Thich Nhat Hanh shows us the connection between personal, inner peace and peace on earth.” — His Holiness the Dalai Lama