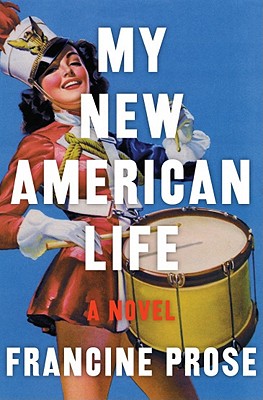 By Francine Prose
$25.99
Email or call for price

Francine Prose captures contemporary America at itsmost hilarious and dreadful in My New American Life, a darkly humorousnovel of mismatched aspirations, Albanian gangsters, and the ever-elusiveAmerican dream. Following her New York Times bestselling novels BlueAngel and A Changed Man, Prose delivers the darkly humorous storyof Lula, a twenty-something Albanian immigrant trying to find stability andcomfort in New York City in the charged aftermath of 9/11. Set at the frontlines of a cultural war between idealism and cynicism, inalienable rights andimplacable Homeland Security measures, My New American Life is a movingand sardonic journey alongside a cast of characters exploring what it means tobe American.

Francine Prose is the author of twenty-one works of fiction, including Mister Monkey; the New York Times bestseller Lovers at the Chameleon Club, Paris 1932; A Changed Man, which won the Dayton Literary Peace Prize; and Blue Angel, a finalist for the National Book Award. Her works of nonfiction include Anne Frank: The Book, The Life, The Afterlife, and the New York Times bestseller Reading Like a Writer. The recipient of numerous grants and honors, including a Guggenheim, a Fulbright, and a Director’s Fellow at the Center for Scholars and Writers at the New York Public Library, she is a former president of PEN American Center and a member of the American Academy of Arts and Letters and the American Academy of Arts and Sciences. She lives in New York City.

“An illuminating and ultimately upbeat look at America’s immigrant situation that all fiction readers will enjoy.”
— Barbara Hoffert, Library Journal

“Utterly charming. Savvy about the shady practices of both US immigration authorities and immigrants themselves... Entertaining, light yet not trivial, a joy to read.”
— Lionel Shriver

“Nothing is beyond the artistic reach of Francine Prose”
— Shelf Awareness

“A tangy mixture of satire and sentiment. . . . Ms. Prose uses her heroine’s outside status to make a lot of funny . . . observations about the cosseted life of well-to-do Americans.”
— Michiko Kakutani, New York Times

“Prose succeeds by transforming anxiety into compassion—it’s a little lever that gets tripped when we truly imagine what another person feels.”
— Los Angeles Times

“There has been a lot written about the Bush and Cheney days, but rarely from such an amusing perspective . . . at once honest, complicated, sexy, funny and—ultimately—uplifting.”
— BookPage

“Prose spins the many straws of American culture into a golden tale, shimmering with hilarious, if blistering, satire.”
— Helen Simonson, Washington Post

“Prose is in her sweet spot as a nimble chronicler of contemporary culture.”
— Entertainment Weekly

“In My New American Life, Francine Prose cracks open that old chestnut about the immigrant reinvention experience and injects, yes, new life into it.”
— USA Today

“Fun and funny,...a satire of immigration and its discontents...”
— San Francisco Chronicle

“Prose’s real aim is to characterize and caricature modern American life, mostly in a gentle way that will leave readers smarter than they were before...”
— St. Louis Post-Dispatch