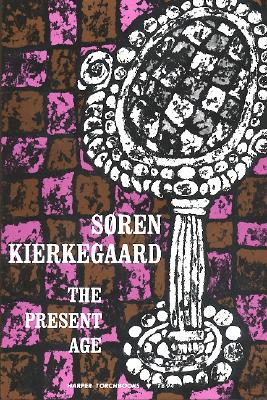 By Soren Kierkegaard
$12.00
Email or call for price

"Those who would know Kierkegaard, the intesely religious humorist, the irrepressibly witty critic of his age and ours, can do no better than to begin with this book. [In it] we find the heart of Kierkagaard. It is not innocuous, not genteel, not comfortable. He does not invite the reader to realx and have a little laugh with him at the expense of other people or at his own foibles. Kierkegaard deliberately challenges the reader's whole existence.

"Nor does he merely challenge our existence; he also questions some ideas that had become well entrenched in his time and that are even more characteristic of the present age. Kierkegaard insists, for example, that Christianity was from the start essentially authoritarian--not just that the Catholic Church was, or that Calvin was, or Luther, or, regrettably, most of the Christian churches, but that Christ was--and is. Indeed, though Kierkegaard was, and wished to be, an individual, and even said that on his tombstone he would like no other epitaph than 'That Individual,' his protest against his age was centered in his lament over the loss of authority." --Walter Kaufman, in the Introduction