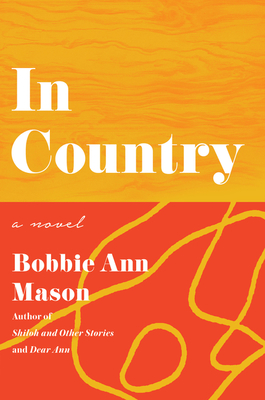 “How Ms. Mason conjures a vivid image of the futility of war and its searing legacy of confusion out of the searching questions or a naïve later generation is nothing short of masterful.” —Kansas City Star

Samantha “Sam” Hughes is in her senior year of high school in rural Kentucky. Her father, whom she never knew, was killed in Vietnam before she was born. Sam lives with her uncle Emmett, a veteran who appears to be suffering from exposure to Agent Orange. Amidst worrying about her uncle and yearning to figure out who she is and learn about the father she never knew, Sam develops feelings for Tom, one of Emmett's veteran buddies. Tom and Emmett attempt to shield Sam from the truth of what they endured, but she has become convinced that her life is bound to the war in Vietnam.

In Country is both a powerful and touching novel of America’s ghosts and a beautiful portrayal of a family, not unlike many others, left bruised and twisted by the war. At the time of its publication in 1985, Richard Eder’s rave LA Times review concluded: “One of the questions for post-war American literature, dealt with variously by Updike, Cheever, Roth, Salinger and a host of others, is whether the larger capacities of the human spirit can be exercised, so to speak, in a motel room equipped with color TV and a drinks refrigerator. The answers vary; Mason has found her own striking variety of ‘yes.’”

"A novel that, like a flashbulb, burns an afterimage in our minds."
— Michiko Kakutani, New York Times

"It’s as impressive a work of fiction as I’ve read recently, on Vietnam or any other subject."
— Robert Wilson, USA Today

"Mason’s message is simple: The war dead are us—we are them—and, whatever political stance we took with regard to Vietnam, we are all Americans united by one past, one flag, one history."
— San Francisco Chronicle