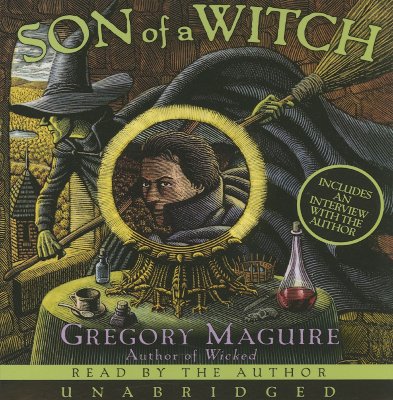 The long-anticipated sequel to the million-copy
bestselling novel Wicked

Beloved novelist Gregory Maguire returns at last to the land of Oz. There he introduces us to Liir, an adolescent boy last seen hiding in the shadows of the castle after Dorothy did in the Witch. Bruised, comatose, and left for dead in a gully, Liir is shattered in spirit as well as in form. But he is tended at the Cloister of Saint Glinda by the silent novice called Candle, who wills him back to life with her musical gifts.

What dark force left Liir in this condition? Is he really Elphaba's son? He has her broom and her cape -- but what of her powers? Can he find his supposed half-sister, Nor, last seen in the forbidding prison, Southstairs? In an Oz that, since the Wizard's departure, is under new and dangerous management, can Liir keep his head down long enough to grow up?

For the countless fans who have been dazzled and entranced by Maguire's Oz, Son of a Witch is the rich reward they have awaited so long.