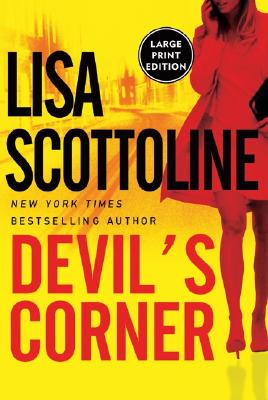 New York Times bestselling author Lisa Scottoline delivers a knockout stand-alone thriller featuring a young federal prosecutor who risks her life to bring down the kingpin of a conspiracy responsible for murders in West Philly.

Assistant U.S. Attorney Vicki Allegretti goes to meet a confidential informant and finds herself facing a loaded 9 mm Glock semiautomatic weapon, wielded by a panicky teenager. Violence is the last thing this neophyte lawyer expects. The case is easy, the kind given to new ADAs to help them cut their teeth. Yet almost before she has time to react, her partner is dead, shot in the chest.

From that high-octane introduction to her job, Vicki vows to continue with the case, protect her informant, and find the shadowy figure behind the death of her partner. This decision will take her to the depths of the federal detention center’s &#8220bowl,” to a row house on the street where she grew up, and to the posh suburbs where her parents now live. Set against the gritty backdrop of a modern American city and imbued with Lisa Scottoline’s trademark style and wit, Cater Street is the story of a determined young lawyer seeking justice.

“[Scottoline’s] storytelling is as brisk and breezy as ever, and her voice remains a funny delight.” — Philadelphia Magazine

“A fast-paced thriller featuring a female lawyer with an ample supply of attitude....The writing is brisk and sassy.” — Time magazine

“Fast pacing and [a] sense of play...And the author delivers a serving of humor, too.” — Sacramento Bee

“A Grisham-like legal thriller of conspiracy and murder in West Philadelphia....[Scottoline] captures the feel of the place brilliantly: the cadence of language, the rhythm of the street that is uniquely Philly.” — BookPage

“An entertaining page-turner with plenty of twists and turns and a sturdy surprise ending.” — Boston Globe