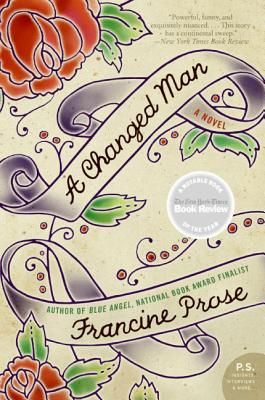 “Francine Prose has a knack for getting to the heart of human nature. . . . We are allowed to enter the moral dilemmas of fascinating characters whose emotional lives are strung out by the same human frailties, secrets and insecurities we all share.” —USA Today

One spring afternoon, Vincent Nolan, a young neo-Nazi walks into the office of a human rights foundation headed by Meyer Maslow, a charismatic Holocaust survivor. Vincent announces that he wants to make a radical change. But what is Maslow to make of this rough-looking stranger with Waffen SS tattoos who says that his mission is to save guys like him from becoming guys like him?

As Vincent gradually turns into the sort of person who might actually be able to do that, he also begins to transform everyone around him, including Maslow himself. Masterfully plotted, darkly comic, A Changed Man poses essential questions about human nature, morality, and the capacity for change, illuminating the everyday transactions, both political and personal, in our lives.

“Timely and clever . . . Prose carries us along on the sheer energy of her sentences.”
— Chicago Tribune

“Francine Prose is back with a powerful new novel about the possibility of starting over.”
— Harper's Bazaar

“This book has it all: great characters, dark humor, a racing plot and important themes.”
— Newsday

“Pitch-perfect and nuanced . . . We can’t wait to crawl into bed with this book every night.”
— New York Observer