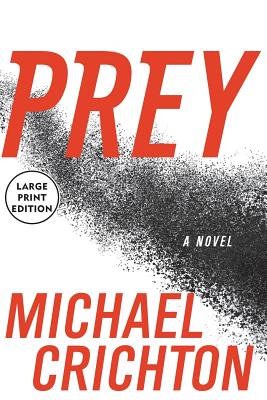 By Michael Crichton
for information about purchasing this book, please contact orders@bookpassage.com

In the Nevada desert, an experiment has gone horribly wrong. A cloud of nanoparticles -- micro-robots -- has escaped from the laboratory. This cloud is self-sustaining and self -reproducing. It Is intelligent and learns from experience. For all practical purposes, it is alive.

As fresh as today's headlines, Michael Crichton's most compelling novel yet tells the story of a mechanical plague and the desperate efforts of a handful of scientists to stop it. Drawing on up-to-the-minute scientific fact, Prey takes us into the emerging realms of nanotechnology and artificial distributed intelligence -- in a story of breathtaking suspense. Prey is a novel you can't put down.

Because time is running out.