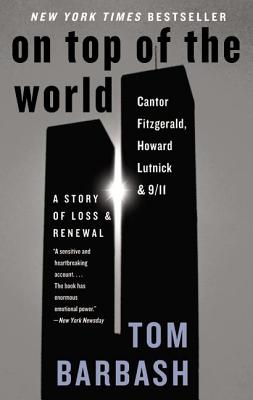 On the morning of September 11, 2001, nearly 700 of Cantor Fitzgerald's 1,000 New York employees were at their desks on the top floors of One World Trade Center when a hijacked passenger plane struck eight floors below. None survived.

On Top of the World tells the story not only of that tragic day but also of the complicated and emotionally charged events that followed. It is an intimate, often harrowing look at how private families processed a public atrocity, how corporate war-room strategy sessions saved the company from liquidation and the efforts of opportunistic competitors.

This book examines the media scrutiny that followed Howard Lutnick, who struggled to be at once the compassionate leader the grieving families needed and the tough-minded CEO his decimated company required. It also tells the story of the men and women of Cantor whose lost coworkers were relatives and friends, and brothers and sisters. That Cantor's business has survived and even flourished -- and that an initially uneasy but ultimately significant covenant has been formed between those who lived and the families of their lost friends -- is a powerful testament to the ability of a community to endure.